Since I have been keeping records of five day periods for large earthquakes in 2012 there has never been such a long period where there were no earthquakes greater 6.0. This cessation of seismic activity was concurrent with Kilauea’s eruption. 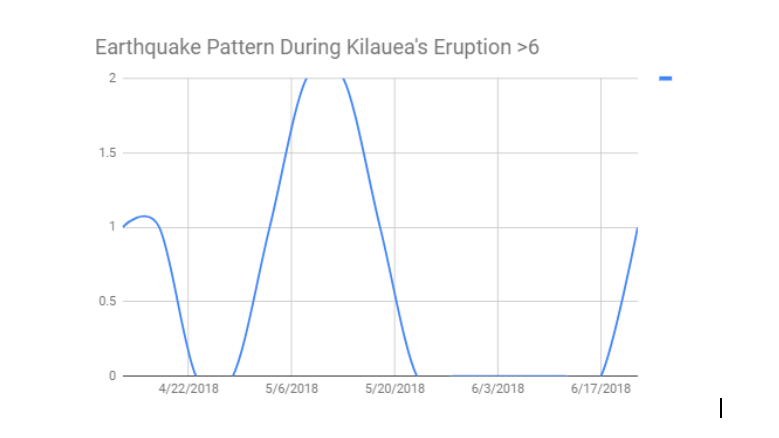 Over 429 five day periods on record the longest period that there were no quakes greater than 6.0 was 25 days in 2015. This present period of cessation was 34 days long. During this period Jupiter was trine to Neptune and studies have shown that this configuration strongly affects the magnetic field of the solar system. There are also several studies that show a strong link between electrical activity and earthquakes. As well Uranus was at 90 degrees to Neptune and at 165 degrees to Jupiter. All of these configurations studies have shown to increase both the electrical activity in the solar system and this has normally been associated with an increase in seismic activity.

At Kilauea there has been 18,830 recorded earthquakes in the last 30 days, from May 25th to June 24th and 626 earthquakes in the last 24 hours. The contribution of Kilauea to the overall seismicity of the earth has been enormous. The most striking part of all of this is that Kilauea’s eruption seems to be affecting earthquakes all over the planet. The seismic activity of the earth has never before been seen as an organic whole with a volcano in one place affecting the rate of earthquakes in a different region. This is what we are observing during the present time. It seems from thee observations then that a volcano can lower the overall pressure being exerted on the crust as a whole and relieve the stresses that are built up in the seismic system globally. This information is very vital to actually understanding how the earth works. Obviously it works far, far differently that what the geologist think. Pressure must build up in the crust globally and then it would appear that the weakest places break. Prior to this the pressure along plate boundaries was seen as the triggers to local earthquakes. This can no longer be held to to be tenable. However, from the present observations we can examine past periods where there has been a cessation of large quakes to better understand the relationship between volcanoes and earthquakes globally.

There was also a cessation of earthquakes that indicated the early phases of volcanic activity at Kilauea. In December 2017 Kilauea 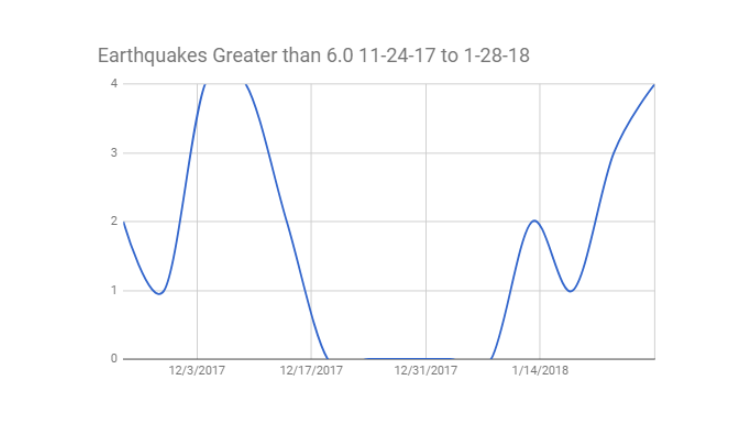 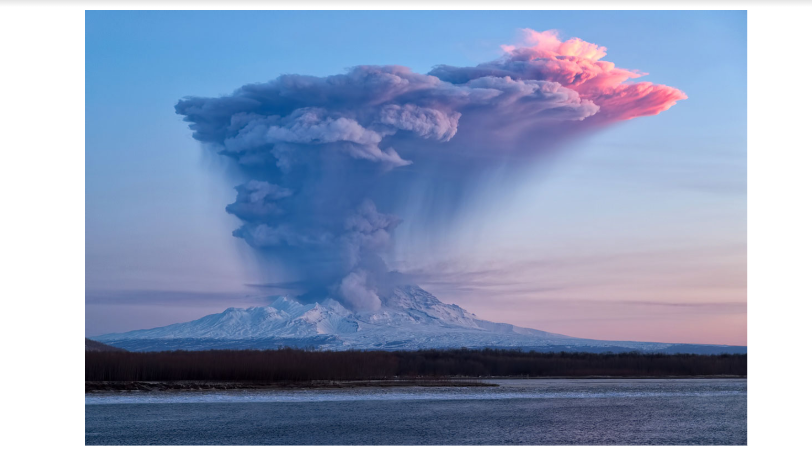 On December 6, 2017 an eruption of Shiveluch volcano on Russia's Kamchatka Peninsula occurred. Hawaiian Volcano Observatory geologists observed a breakout from an inflating tumulus on the slopes of Kīlauea on December 6, 2017. As pāhoehoe lava flowed from the tumulus, it cooled and crusted over. But this crust could not contain the amount of lava being supplied to the flow, and molten lava subsequently broke through it.

Lightning flashes above an erupting Sinabung volcano, seen from the Karo district in North Sumatra province, Indonesia, on February 29, 2016. Sinabung also erupted after Kilauea started violently erupting in May. This period in 2016 was coincident with a 10 day cessation of large quakes. 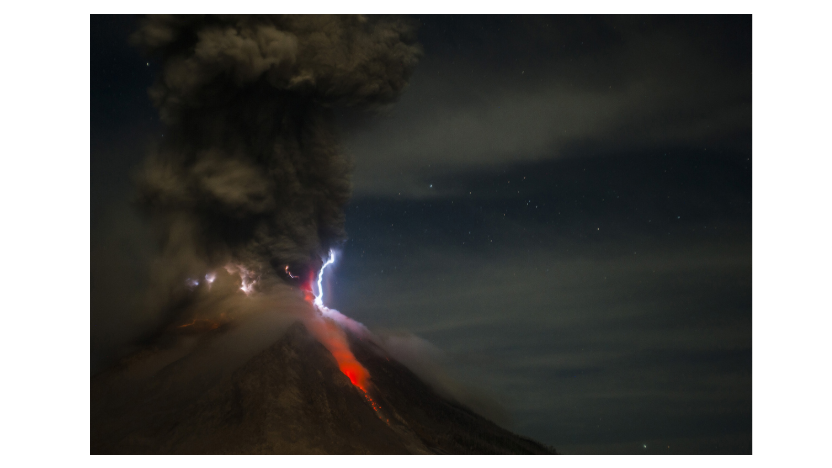 Another 25 day period of earthquake cessation occurred in October, 2015 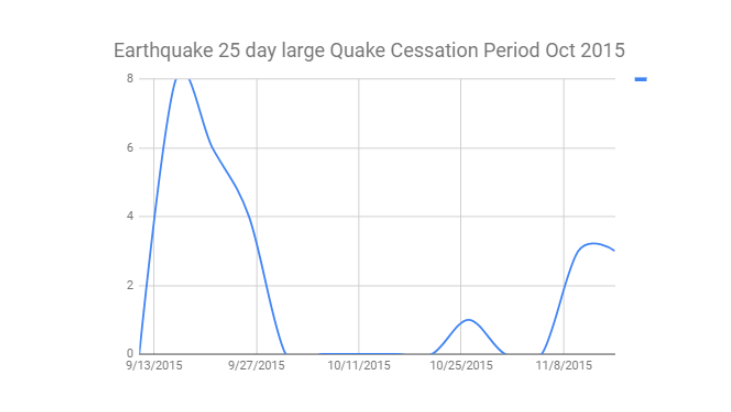 Mount Rinjani volcano forced the closure of airports and blanketed villages and farmlands in October, Over 600 airports were closed due to the smoke and ash. 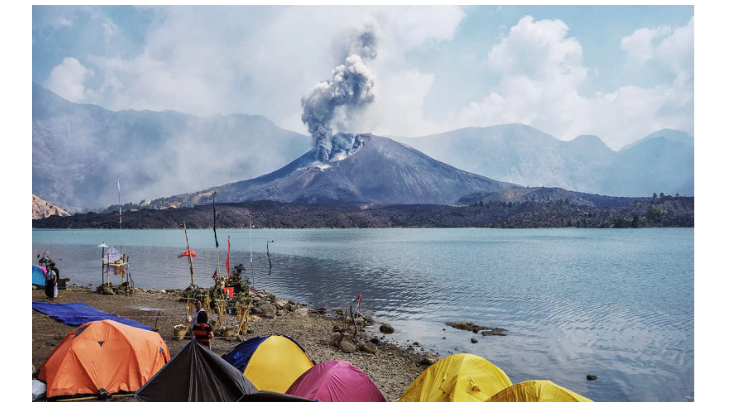 Much more research needs to be undertaken to understand what this apparent association is and how it affects seismic activity worldwide.