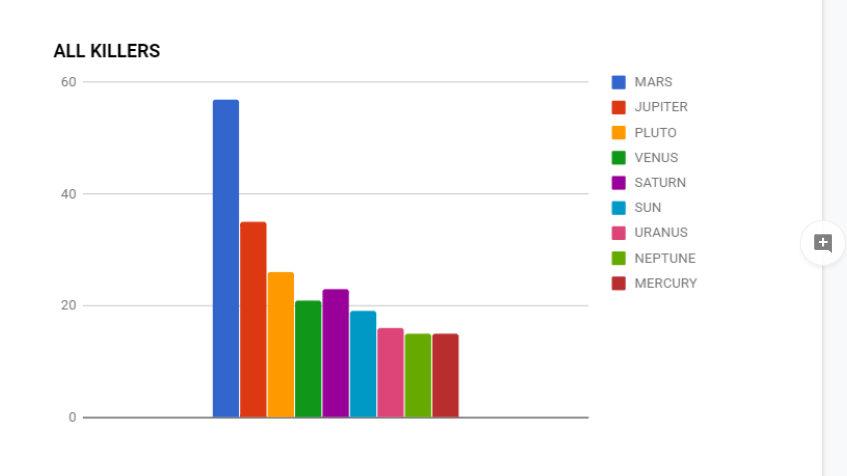 Using the database for serial and rampage killers on Wikipedia I took the birth times of all that I could find. The theory was that Mars would have the most powerful aspect being applied to it by another planet. I had three separate databases. On for the most serious serial killers, one for rampage killers and one for less serious serial killers. What was uncovered was that all three databases had Mars as the highest with the greatest number of killers as Mars having the most powerful aspect. In this respect an aspect was considered to be any angle of the 24th harmonic. That is any angle divisible by 15. As this is the virtually complete database for all killers of these types then this study is definitive and proves the hypothesis that aspects to Mars will be the most powerful at a person birth who will later become a serial killer. Mars in astrology is considered to be an indicator of aggression. As it has been a difficult task to define what creates an aggressive Mars in a person’s chart and who will be aggressive in nature as a result this will go a long way in making more accurate analysis of personalities as a result . The odds of thee results being due to chance are at least 1,000 to one.

For 54 major serial killers we have 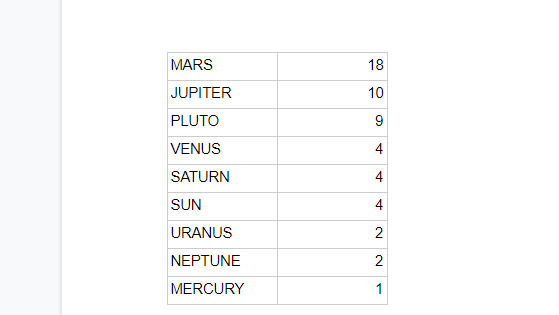 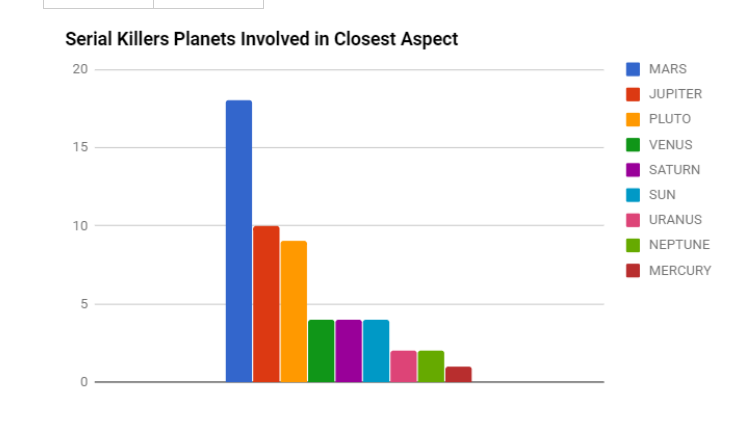 For 54 rampage killers, that is people who just explode and start killing people we have: 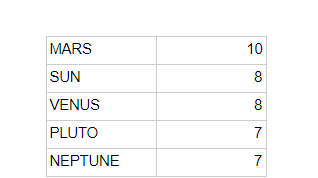 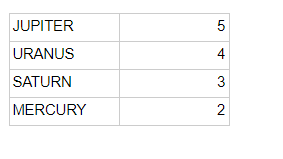 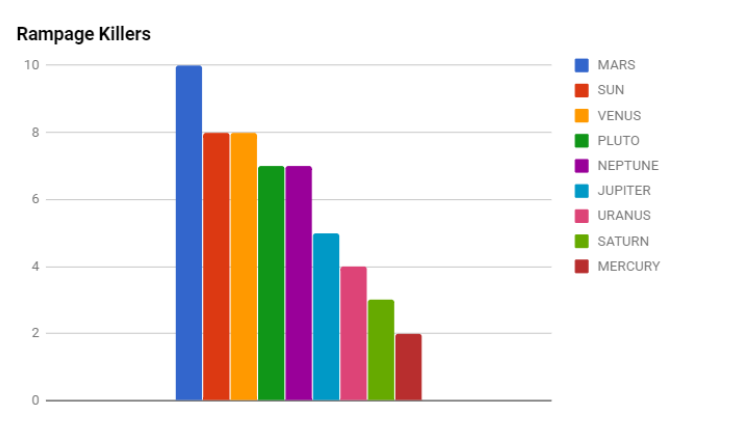 For 54 minor serial killers we have” 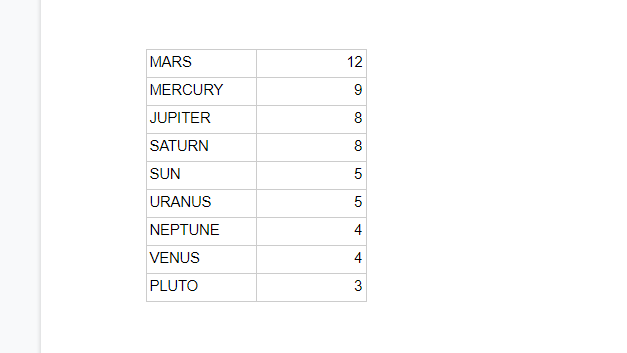 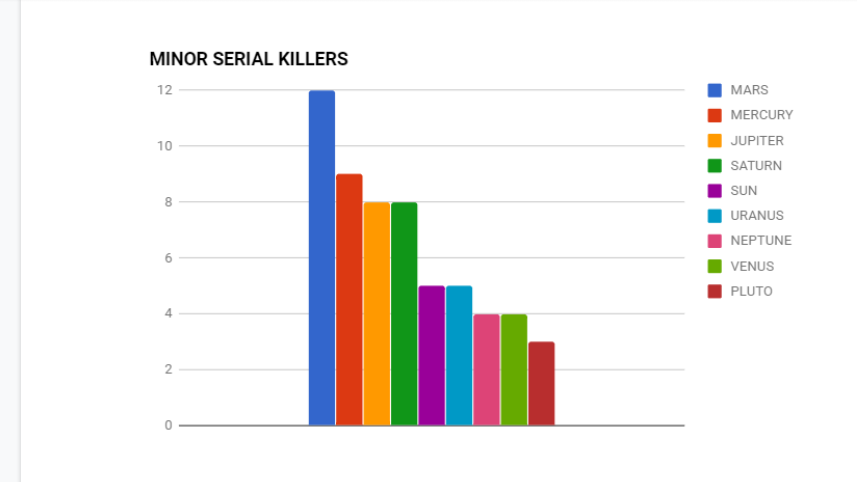 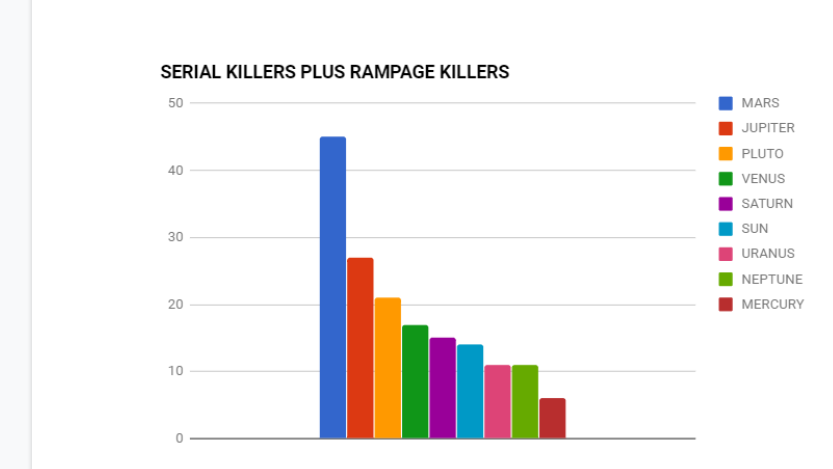 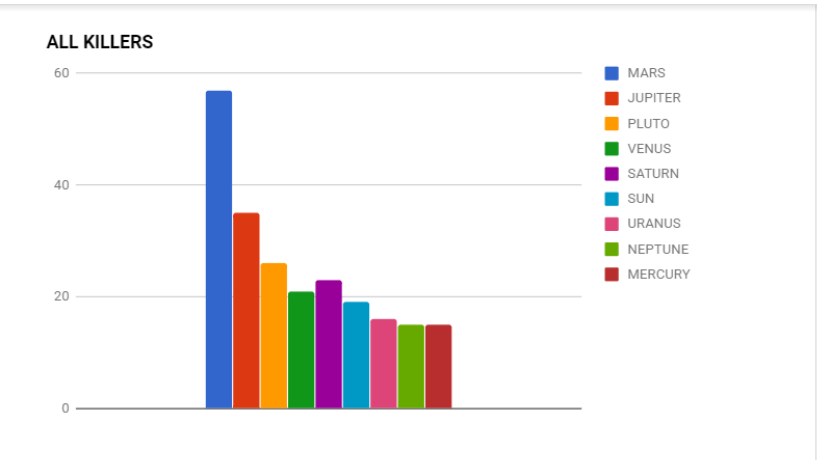 From this then we can conclude that there is very good evidence that Mars as professed by the astrologers, does incline one towards a more aggressive and violent nature.